Greetings all,
The Harry Potter for xBox 360 Kinect game combines all the things my children enjoy about modern day childhood - Harry Potter, live action, sibling play & computer games.  I love a healthy outdoors lifestyle for my children, however, there are days when a good quality computer game is fantastic fun too . . . something age appropriate, interactive with great graphics.  Who can deny a child leaping around the lounge room living out a Harry Potter experience from the books they so dearly love??
The official word:
Based on all eight Harry Potter films, Harry Potter for Kinect allows players to join Harry, Ron and Hermione  as they embark on an unforgettable journey through Hogwarts School of Witchcraft and Wizardry and beyond.
Giveaway prizes provided by One Green Bean. 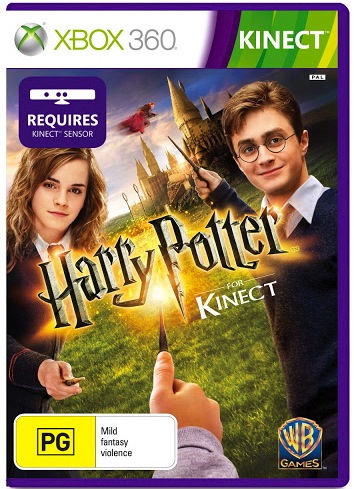 My 8 year old son has been test driving this new Harry Potter game, exclusive to xBox 360 Kinect for you . . . here's a little interview with him.  I've NEVER played a computer game since Atari with my brothers in the 80s, not even a mobile phone game!!  Best leave it to the experts, who know how to turn these computer consoles on . . .
Tell me about this new game!!  "Mum, it's like you ARE the game, because you're in control & one of the Harry Potter characters."
Who is your favourite character??  "I made my own clone, he mimics my movements." 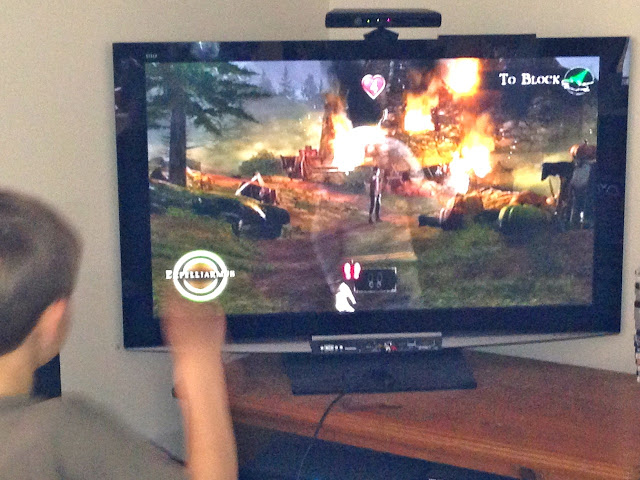 "It's really fun.  You get to control what the character or clone does.  They are invisible so you can see what they are seeing."
What is your favourite part of this game??  "The duelling or the qudditch.  There are lots of different elements involved, different spells & activities.  There are bonus games too."
Was it high energy??  "Sort of.  I was sort of puffed out by the end of the game."
Would you recommend this to your friends??  "Yes.  Because it's fun & they can make their own clones too.  I like the multi player.  I played that with my sisters." 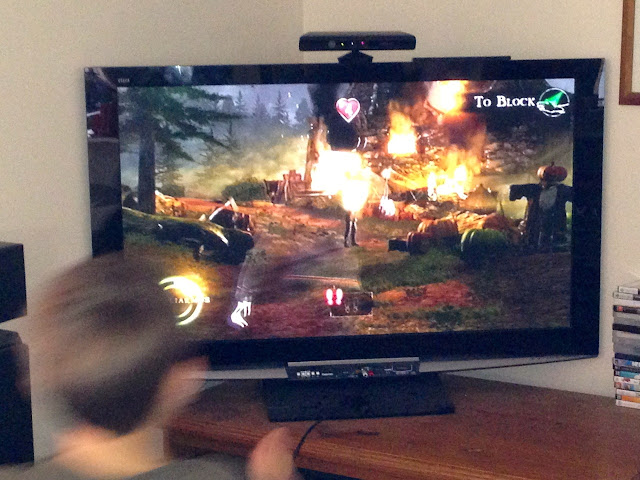 Would you like to win 1 of 3 of the new released Harry Potter for Kinect games??  Suitable for an xBox 360 Kinect, value $69.95 each.
Just follow this blog ('join this site' on the right of this blog please, i can't tell if you follow via RSS) &
leave a comment at this post, winners will be randomly drawn after midnight Sunday 18th November.  An extra entry per mention on your social media (Blog, Twitter, FaceBook, Instagram etc.)  Good luck, thanks One Green Bean & Warner Brothers, love Posie
PS only one week until the Mem Fox autographed book giveaway is drawn, value $19.95.

Well I just have to enter this or else my 10 year old son would probably cast a spell on me!! Harry Potter games are pretty cool so I would expect this one to be just as good.

Wow... small world...I found you througha new follower to me on instagram... and boy do we have loads in common! now as for these games, my boys would absolutely love these... it would be a wonderful start to my christmas shopping... I am normally more prepared but its my first year working fulltime so I would love to win some!
thanks Leonie

Following blog. Look like fun for kids and big kids!

What a great giveaway! My children would LOVE this game and it would be great for them to play over the summer school holidays!

This would go down a treat in our house. Yes please!!!

My 9 year old loves Harry Potter - he and his (girl)friend have created a whole game they play called 'The Adventures of Ron and Hermione'!! This would be perfect for his Christmas stocking :-)

Count me in big time! I have oh about five little people who would love this
Lesley
xx

Great Giveaway - the kids would love this as the 'poor deprived' souls have to make do with the Demo version instead of the real game :-) Mel x

Yes please.
I have only let my two watch the first two Harry Potters, but the biggest kid here would love it:)

Oooh a little bit of Harry Potter magic in our house? Yes please, I say!
This is how the magic works:

Kids:"Muuum, can we play that cool new Harry Potter Kinect game?"
Me: "If you do your homework and tidy your rooms first."
Kids: "Ok!"
Now that's MAGIC!!

Hello to you too Posie :)
Thank you for this chance to win my hubby Harry Potter xBox 360 Kinect game xx

Thanks for the opportunity, this game sounds interesting! Following your blog =)

Following your blog, thanks for the giveaway!!

Wow thank you. I am following your blog. Would be a lot of fun to play, especially this christmas as ALL our family comes together. Cousin Xbox competitions... of course I'll be champion.

Almost as much fun as living in Hogwart's - but without the risk of danger from Voldemort.

I am the great big mouth said...

This may actually entice my little ones to dust of the Kinect and put it to good use! Major harry Potter fans in this household... Parents included!

This would be well loved in our Harry mad house

Following! We <3 HP and your blog.

Hi Posie
I would love to win this wonderful prize....it's exactly what I need as I have a 13 year old son who wants to play M rated game and he would get a kick out of Harry.
I also follow you on FB :)

Very good post. I will be facing some of these issues as well.
.