The Lord of the Rings Lego for xBox

Greetings all,
Last week we received a pre-release copy of the Lord of the Rings LEGO for xBox game, which my son test drove on the weekend.  He had a ball & i was a bit of a hero for providing the game.   Thanks One Green Bean & Warner Brothers!! 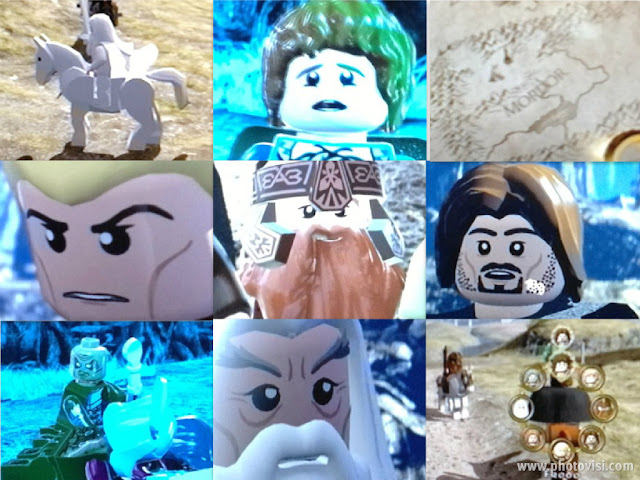 We set our boy up to play the xBox & heard him giggling away.  Sisters came & went (up to two players at a time) as he worked his way around Mordor, living out the Lord of the Rings stories.  There is action, horse riding, scary trees attacking you, a creepy Lego Gollum is involved . . . & Frodo is the main character.  The goal is to destroy the ring, just like the books/ movies.  Everyone thoroughly enjoyed this, the graphics are fantastic & story comprehensive.
Personally, i thought the facial expressions were hilarious & very entertaining.  Between the action on each level - the story plays out with the Lego characters - like the Hollywood actors in the movies.  Yes that's a 'Lego' Orlando Bloom!! 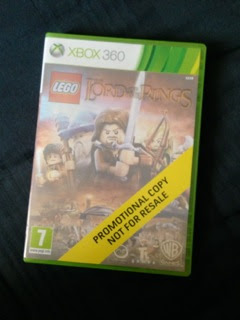 Like a typical 8 year old boy, he didn't want to put the controls down (he is allowed a couple of hours of gaming on the weekends only) & pose for a photo . . . this was the best i could do.  Yes the xBox is currently in our bedroom as my husband has back issues & this keeps him quiet too!!  Don't judge, the xBox only just came back to our house here in Canberra, it was living in Brisbane at the bachelor pad. Due for release this week, keep your eyes peeled for this fun stocking filler.  Love Posie

Lego games are really cool (yep I still play them)! I have star wars that my hubby and I finished together, so the lord of the rings is going to be next on the list :)

haha yep the lego games are pretty big in this joint too :) xx